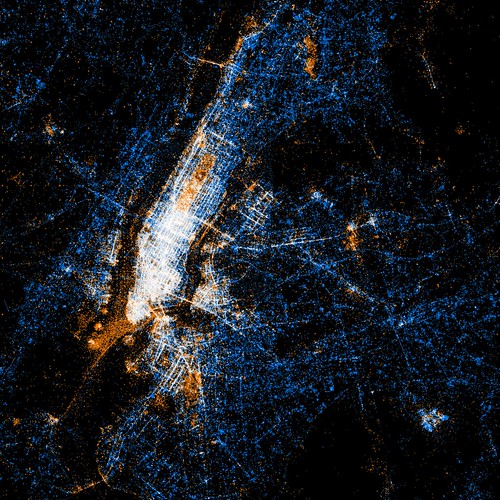 “We are all made of stars.” Yes, I did just quote Moby; it’s a catchy song. And the phrase rings true when you look at the images from Eric Fischer’s new project “See Something, Say Somthing.” where he has created a world atlas depicting the number of Twitter and Flickr users. Fischer maps Twitter users in blue lights, Flickr in red, and users who employ both social networking sites in white. The images are stunning, making Manhattan seem akin to billion-year-old constellations.

With each one of us representing an individual star in the Internet universe, the images help put into perspective just how massive this universe has become. Check out the full slideshow on Eric Fischer’s Photostream.

What we talk about